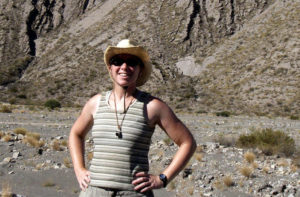 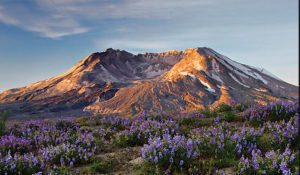 We had 30 participants for this 3-day trip to Mount St. Helens to observe the effects of the May 1980 eruption and see evidence for older eruptions going back 250,000 years. Willie Scott (ex-USGS at CVO), Jeff Tepper, and Michael Machette led the trip (for details, click here). This trip involved driving your own car and some hiking, some on steep trails.  To see a collection of photos by the participants, click here.

On June 16, 2018, Paul Loubere conducted a 75-minute indoor seminar in the morning and then led a low-tide 1.5-mile beach walk at Kala Point focusing on depositional environments, sediment properties, and modern coastal processes. 45 persons attended the seminar, and about 35 participated in the beach walk, with bag lunches at Fort Townsend State Park. A brief field guide keyed to locations along the bluff can be downloaded by clicking here. Paul is a retired Distinguished Research Professor who has been instrumental in forming and managing our Geology Group. We last had Paul on our stage in 2015 as a speaker on Rising Seas, Retreating Shorelines. Our local newspaper, the PT Leader, wrote about his presentation – read more…

Googling Paul’s background yields these biographical notes: Paul Loubere decided to be an oceanographer at age 9. He received a B.Sc. Honors in Geology and Biology from the University of Keele, England and a Ph.D. in Marine Geology and Micropaleontology from the School of Oceanography, Oregon State University. His interests include global climate and ocean-climate interactions through time and he specializes in retrieving paleoenvironmental information from fossil assemblages.