About the lecture Earthquakes, Volcanoes, and Exotic Deep Sea Life Off Our Coast In this talk you’ll learn all about deep-sea habitats off the coast of Washington and Oregon, which are some of the most dynamic environments on Earth.  Using high-definition video from deep-diving remotely operated vehicles, we will “visit” the Cascadia Margin where methane-rich fluids rise from hundreds of vents on the seafloor, sometimes explosively. Debbie Kelley looks at how submarine volcanoes support life in the absence of sunlight. She has dived in the submersible Alvin more than 50 times, reaching depths of 4000 m beneath the ocean’s surface,… Read more01-19-2019 Deborah Kelly: Seamounts on Cascadia’s margin 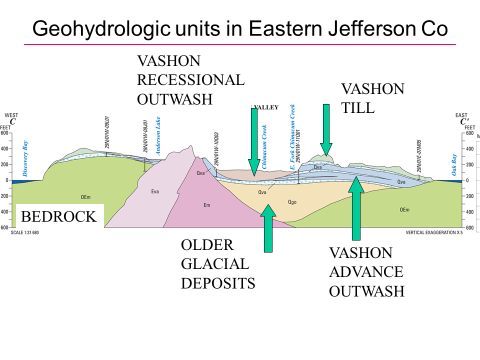 About the talk In the Puget Sound region environmental tracers utilized in groundwater studies include: (1) isotopes of hydrogen and oxygen that help to identify recharge areas, (2) tritium (a product of atmospheric bomb testing) and various manmade compounds (sulfur hexafluoride and chlorofluorocarbons, or CFCs) that are used to date modern groundwater that entered the aquifer within the last century, and (3) carbon-14, which is used primarily to date groundwaters older than 100 years. The age of groundwater, which is the time elapsed since precipitation entered the groundwater system and became isolated from the atmosphere, is measured with isotopic tracers such… Read more02-23-2019 Steve Cox: Dating Ground Water in our Region 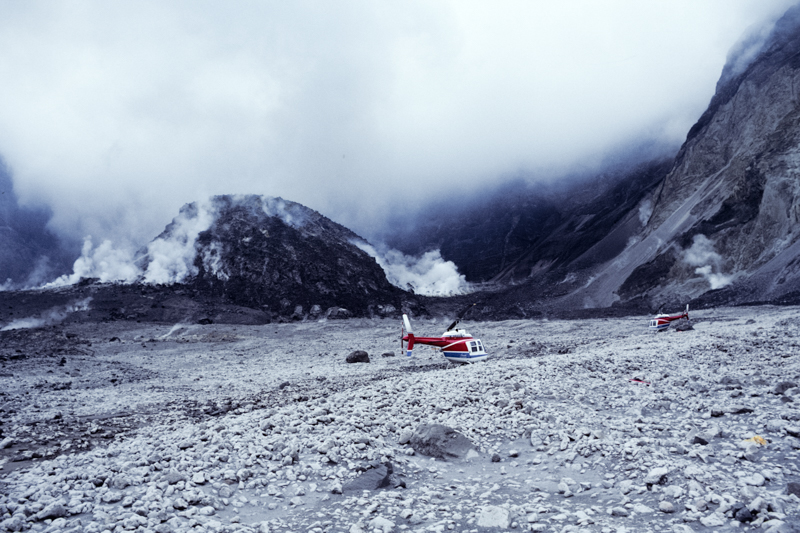 Christina Heliker began working at Mount St. Helens shortly after the cataclysmic eruption on May 18, 1980.  For the next several summers, she was in the field almost every day, working as part of the crew monitoring the ground deformation of the volcano.  Following the big blast on May 18th, there were five smaller eruptions in 1980 that produced pyroclastic flows. Using traditional (pre-GPS) surveying techniques, the “deformation crew” measured the inflationof the volcano’s flanks prior to each outbreak, as a means of predicting new activity. By 1981, her fieldwork was mainly inside the crater, measuring the changes to the… Read more04-13-2019 Christina Heliker — Working in the crater of Mount St. Helens, 1980-83

On Saturday, June 8th we had local TV celebrity Nick Zentner of Central Washington State University over to talk about his local PBS series entitled “Nick on the Rocks.”  These popular 5-minute videos highlight geologic features and processes in Washington.  The videos and slides focused on Eastern Washington, playground of the Missoula Floods and the Channeled Scablands they produced.  Because we’re expected a large crowd, the lecture was at the Chimacum HS Auditorium and we were pleased that 265 members showed up.  The lecture was wildly popular with lots of good feedback. For more videos of Nick’s On the Rocks… Read more06-08-2019 Nick Zentner: Nick on the Rocks in Eastern WA

We have a new name: Quimper Geological Society In the eight years we have been operating under the Jefferson Land Trust, our group has grown to more than 725 members. Last year we hosted 11 events and about 800 people at lectures and on field trips. We’ve outgrown several venues and occasionally need to use bigger ones, such as Chimacum High School for the recent “Nick on the Rocks” talk (265 attended). The upshot is that, with all the changes we’ve undergone, it seems like a good time to change our name: to one that reflects our size, relevance, and professional standing in… Read more07-01-2019 Quimper Geological Society (Note new name)

Geology News Notes:  This came across our web desk might be of interest to you   Geologist Licensing Services The Washington State Geologist Licensing Board is proposing to amend chapter 308-15 WAC Geologist Licensing Services. As such, the Board sent the attached message to licensees back in July to give them the opportunity to comment on the proposed changes. The Board would like to request that you post the attached information on your website or send as an email to your membership so they can also have the opportunity to comment on the proposed changes. This will also allow any… Read more09-24-2019  Geology Licensing News Note

We are living in a time of unprecedented and rapid technological, economic, social, and environmental change.  I will argue that, in spite of what seems to be ever greater technological complexity, the largest scale natural “operations” of Earth are actually undergoing an unnoticed simplification, one that is already affecting geological landscapes, biodiversity, global economy, and human population.  I will make predictions about specific “simplifications” that will accrue from sea-level rise, climate instability, diminishing petroleum output, increasing population, and dwindling global food supply.  Whether these simplifications happen fast enough to allay an actual mass extinction (of our species) rather than “just”… Read more12-7-2019 Peter Ward — The Coming Great Simplification?

Seattle Building Stone II Geologic Excursion to Seattle; Saturday, May 11, 2019   David Williams, author of Stories in Stone (and a Geology Group lecturer)  led a second small group on a second walking tour of Seattle Building Stone. We saw all types of rock used in Seattle’s historic buildings and will learn about the geology and history of the stone and its use. This is a very popular walking tour and has been recently updated from his previous walks.  More information about this tour can be found on David’s webpage. He can accommodate 15 persons per tour and the price… Read more2019-05-11 David Williams: Seattle Building Stone Trip II

Field Trip June 22, 2019:  Geology of Hurricane Ridge and the Olympic Mountains; Jim Aldrich—Leader On this one-day field trip we explored the geology of Hurricane Ridge, the Crescent basalt (which holds up the ridge); additional aspects of glaciation, volcanism, metamorphism, etc.,were discussed in addition to the tectonism associated with the Olympics. Our leader was Jim Aldrich, a structural geologist formerly with Los Alamos National Lab in NM, who has been working in the park for several years, pursuing his passion to understand more about his fascinating area inboard of the Cascadia subduction zone. This trip was road-based with a… Read more2019-06-22 Jim Aldrich — Field Trip to Hurricane Ridge

Beach Walks on July 15 and 31, 2019:  Geology of Fort Worden Bluffs July 15th and July 31st Geology group advisors Kitty Reed, Michael Machette, and Keith Norlin led two beach walks along the bluff on the north side of Fort Worden.  These walks took 2-3 hours each and occurred during morning low tides:  July 15, Mon., 9-12; July 31, Wed. 9:30-12:30. We looked at the sediments that record much of the late Pleistocene history of the area, as well as on-going bluff erosion. A fee of $10 per person (paid at time of field trip) was charged to cover our photocopy… Read more2019-07-15 Kitty Reed: Fort Worden Geology beach walks