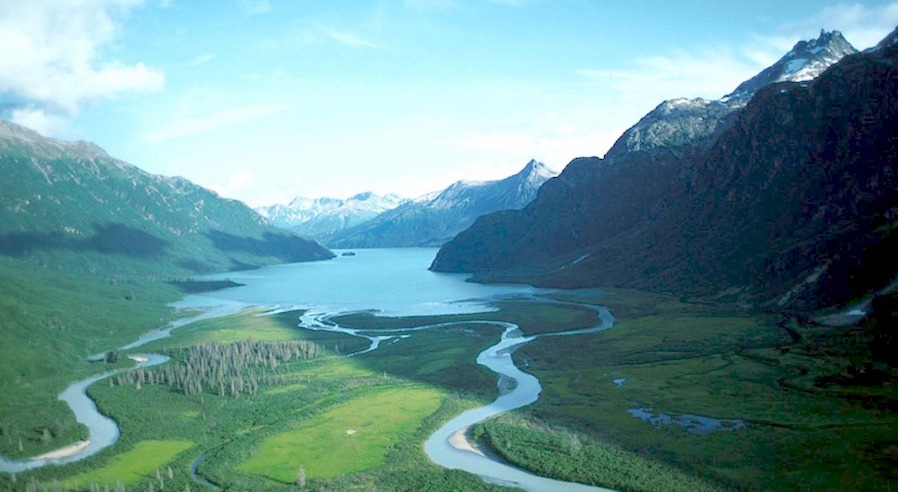 Ancient buried forests—Indicators of catastrophic geologic events Patrick Pringle, Associate Professor of Earth Science at Centralia College, returns to the Port Townsend Marine Science Center to present an intriguing lecture titled “Ancient buried forests—Indicators of catastrophic geologic events.” These fossil and old forests are associated with tsunamis, debris flows, and landslides, some as close as Crescent Lake, southwest of Port Angeles. About the Speaker Dr. Pringle is a highly regarded geologist who has studied throughout western Washington and is the author of roadside geology guides to Mount Rainier and Mount St. Helens. Read more about Pat’s publications etc…

About the Talk Earthquakes and Tsunamis from the Cascadia Subduction Zone The Port Townsend Marine Science Center will sponsor what should be a very popular pair of presentations on earthquake and tsunami hazards of the Port Townsend region.  Our invited speakers are Brian Atwater, a geologist with the U.S. Geological Survey in Seattle and Ron Tognazzini, a retired civil engineer from Sequim. Interestingly, this early talk from out Geology Group Lecture Series drew a record crowd—225 persons—largely as a result of excellent and free publicity.  On March 11, 2011, two weeks prior to the lecture, the Tōhoku Earthquake struck Japan and… Read more03-27-2011 Brian Atwater & Ron Tognazzini: Earthquakes and Tsunamis

About the Talk Ray Wells of the U.S. Geological Survey presented a lecture on the Revoluntary Tectonics in the Pacific Northwest. Rotational History of the Pacific Northwest Crustal deformation and paleomag-netic rotations over the past 50 million years indicate that the Cascadia forearc is moving northward along the west coast and breaking up into large rotating blocks. Deformation occurs mostly around the margins of a large, relatively non-seismic Oregon coastal block composed of thick oceanic crust. This 400 km-long block is moving slowly clockwise with respect to North America about a rotation pole in eastern Oregon, thus increasing convergence along… Read more11-12-2011 Ray Wells: Revolutionary tectonics 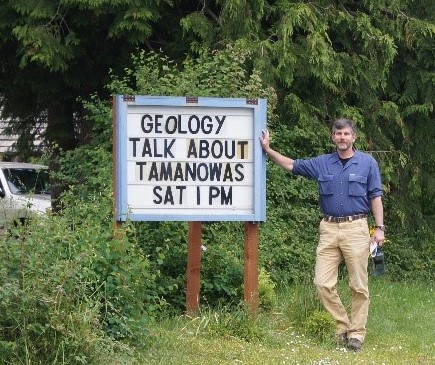 The Geologic History of Tamanowas Rock Jeff Tepper, Chairman of the Geology Dept. at the University of Puget Sound in Tacoma, spoke about Tamanowas Rock, a sacred site for the Callam Tribe and local rock climbing site located just west of Chimacum.  This illustrated lecture was attended by about 120 geology fans. After the talk, Jeff and other geologists in the group led 105 Tamanowas enthusiasts on a 2-mile round-trip walk from the Tri-Community Center to the rock where its geology and sacred status will be discussed. Tamanowas Rock is an atypical volcanic rock that was emplaced by an eruption… Read more2011-06-11 Early Tamanowas Rock Interview (KPTZ)