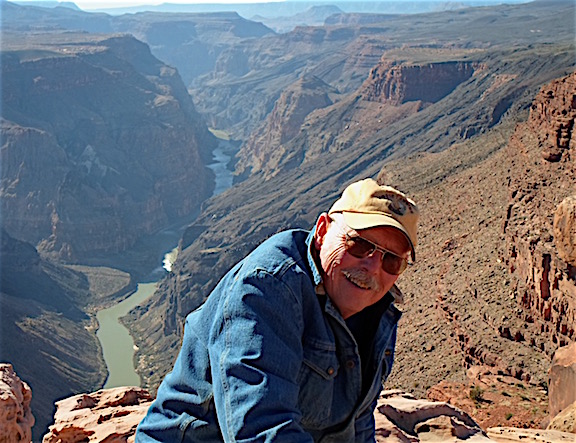 Keith Norlin is a geologist who recently retired (a second time) and moved to Port Townsend.  His previous retirement job was as a geology instructor for Dixie State University in St. George, Utah, where he also led geology hikes for the Road Scholar program (www.roadscholar.org). He has served as an advisor to the QGS for a decade now.

Keith is a graduate of the University of Wisconsin, where he obtained a BSc. in Geology.  He spent his career as a geophysicist for the U.S. Naval Oceanographic Office, as an engineer for Westinghouse Ocean Research Laboratory, and as an exploration geologist in Australia.

Keith gave a nice geotour in May 2016 entitled “A visual trip though some National Parks of the SW U.S.A. (Updated Oct. 2021)