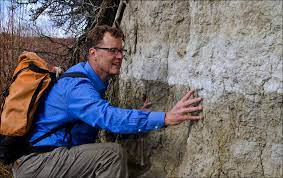 Nick has been with Central Washington University (Ellensburg) Geology since 1992. He teaches a popular “GEOL 101 – Geology of Washington” course to CWU students every Fall Quarter and Winter Quarter – and his course is open to townspeople for free! He also teaches “GEOL 351 – Pacific Northwest Geology” in spring.  For all of Nick’s outreach efforts, please visit his website: nickzentner.com.