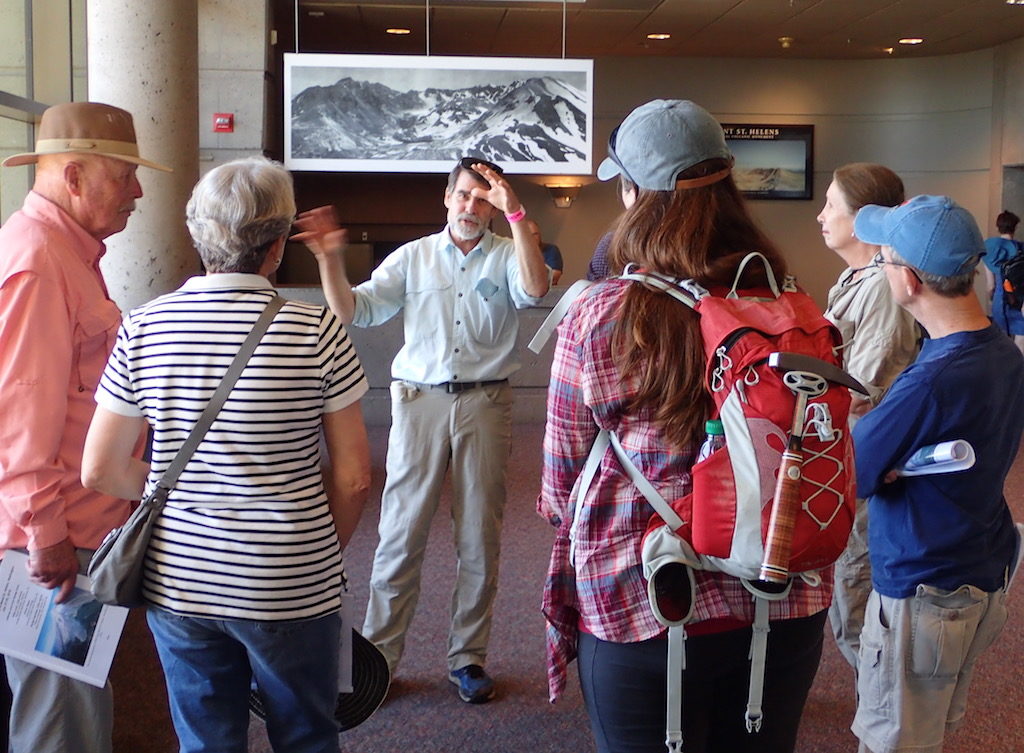 I retired from the U.S. Geological Survey in 2015 after a 40-year career, during which I was stationed in Denver, Colo., and at the Cascades Volcano Observatory in Vancouver, Wash. I received my geology degrees at St. Lawrence University (B.S.) and at the University of Washington (M.S. and Ph.D.), where my research focused on understanding the Quaternary glacial history of the central Oregon Cascades. My initial projects at USGS were mapping the surficial geology of the eastern Snake River Plain, Idaho, and pursuing studies of Quaternary stratigraphy and faulting along the Wasatch Front in Utah. The latter resulted in a greatly revised history of the fluctuations of Lake Bonneville.

The 1980 eruption of Mount St. Helens opened new opportunities to unravel the eruptive history of Cascade volcanoes and to evaluate potential hazards from future eruptions. I relocated to the Cascades Volcano Observatory and started work on the Oregon Cascade Range at the Three Sisters volcanic center, Newberry Volcano, and Mount Hood, all of which led to a better understanding of eruptive history and processes and volcano-hazard assessments, as well as to cooperation with land-management and emergency-management agencies in creating plans for responding to future volcanic unrest and eruptions in the areas.

Later in my career, I served as Scientist-in-Charge at Cascades Volcano Observatory for 6 years, during which I worked with an interagency group developing communication and response plans for Mount Rainier. Eruptions at several Alaska volcanoes, Mount St. Helens, Mount Pinatubo, and Montserrat provided valuable research opportunities to study volcanic processes in action, as well as the complexities arising from volcanic crises and the need to advise public officials and agencies responding to such crises.

I continue to work with USGS as a Geologist Emeritus engaged in completing maps and reports, chief among them is a detailed geological map of Mount Hood. I also volunteer as a Geologist with the Mount St. Helens Institute, a nonprofit organization devoted to helping people understand and protect the volcano.