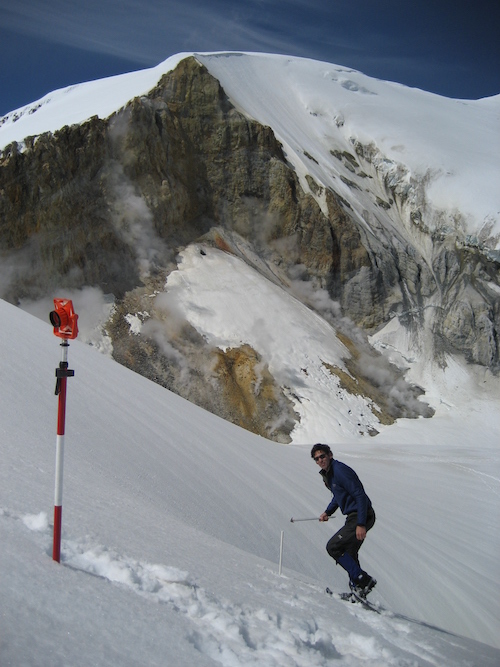 Doug Clark is an Associate Professor of Geology at Western Washington University who has been teaching and conducting research at WWU for more than 20 years.  His love of geology in general, and of mountain landscapes in particular, stem from spending much of his childhood hiking and backpacking with his geologist father in the Sierra Nevada.  Following these early formative experiences, Doug received BS and MS degrees in Geology at Stanford University and a Ph.D. in Geological Sciences from University of Washington.  He also worked as a professional geologist for several years with Earth Sciences Associates in the Bay Area between his advanced degrees.

Doug’s research interests span a broad range of Earth surface phenomena related to mountainous landscapes, including glaciation and climate change, landslides, and active tectonics.  His research has taken him to mountain ranges in central Asia, Australia, New Zealand, and western North America, but he maintains a special interest on glacial problems in the Cascade Mountains and the Sierra Nevada.  In addition to his passion for mountain research, Doug enjoys teaching a variety of classes at WWU, from Introductory Geology to senior and graduate-level classes in geologic mapping, glaciology, and image interpretation using lidar data.  He is particularly passionate about helping students learn geology first-hand, in the field!