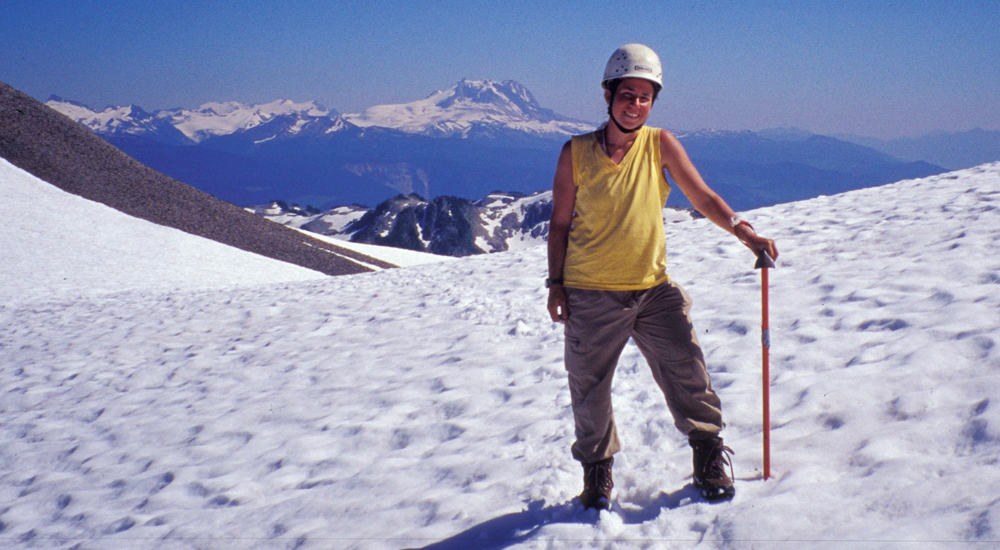 Melanie Kelman is a volcanologist with Natural Resources Canada (NRCan) in Vancouver. She first became interested in geology as a child, when her father, a hobby rock collector, took the family to quarries, gravelly lake shores, and mine dumps around western Canada and the United States. She completed a B.Sc. at the University of Saskatchewan in 1994, an M.Sc. at Oregon State University in 1998 (studying altered seafloor rocks from the Tonga trench in the southwest Pacific), and a Ph.D. at the University of British Columbia in 2005 (studying volcano – ice interaction at southwest BC’s Mount Cayley volcanic field).

After brief stints working in industry, drilling for metallurgical coal and then looking for gold in ancient volcanic rocks, Melanie started work with NRCan in October 2007 during the Nazko region volcanic seismic swarm (which did not lead to an eruption). She currently devotes her time to volcanic hazard research, volcano emergency planning, and the preparation of educational materials. If volcanic unrest were to occur again in Canada, she would play a major role in monitoring, hazard assessment, and eruption forecasting.