On Sat. Nov. 20, 2021, Doug Clark, Professor of Geology at WWU, Bellingham presented Lidar data and new stratigraphic, lake sediment, and radiocarbon constraints shed new light a long-standing dispute about the timing and nature of the last major events of the Cordilleran ice sheet in the Fraser Lowland. These new data paint a remarkable picture of glacier advances and retreats interleaved with rises and falls of local sea level during the closing phases of the Pleistocene ice age.  Following its initial retreat from the Puget Sound, the ice sheet briefly readvanced into the Salish Sea near Bellingham, Washington about 14,500 years ago.  Immediately afterwards, the ice retreated north of the International Boundary long enough for forests to establish in deglaciated lowland sites.  Then, shortly following this retreat, local relative sea level (RSL) rose rapidly by ~20–30 m (~65-100 ft) about 14,000 yr ago, inundating the U.S. portion of the lowlands up to ~130 m above modern sea level.  While RSL was at its highest, the ice sheet readvanced across the border to nearly the same extent as the earlier event. 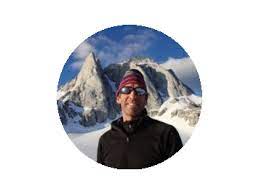 By about 13,000 yr ago, ice had retreated north of the border, and local RSL had fallen to within ~4 m of modern SL. A layer of possible loess (windblown dust) in sediments in Squalicum Lake suggests the ice sheet readvanced for a third and final time between 13,000 and 11,150 yr ago, constructing a moraine ~8 km south of the border town of Sumas, Washington. A series of unusual channels just beyond this final moraine indicate that the ice sheet experienced a catastrophic outburst flood immediately before the ice sheet stagnated and disappeared.