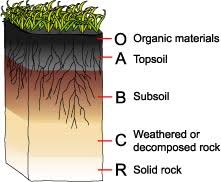 If you didn’t see Michael’s hour-long Zoom presentation, it will be available for 6 months on WSU’s YouTube channel (click above).  Michael discussed the local geology ofPort Townsend and the larger Quimper Peninsula and geology effect on the soils in your garden. Topics included soil forming factors, the importance of and way to determine the texture of your soil, and the relationships between surficial geology and soils, with examples from Port Townsend and the Chimacum Valley.  All of the soils in this region are young (less than 15,000 years), but they can be some of the most productive in the state.

Michael is a Quaternary geologist (one who deals with the past 2 million years of the earth’s history). Much of his 35-year career was in the arid Southwest with the US Geological Survey in Denver, but he moved to Port Townsend in 2008 to retire near the water in a cooler low-land climate.  Michael consultants on earthquake hazards and is a principle advisor to the Quimper Geological Society (QuimperGeology.org), which has more than 800 local members. He has a small garden that feeds a couple of neighborhood deer and rabbits.

Thanks for supporting the Jefferson County Master Gardener Foundation!