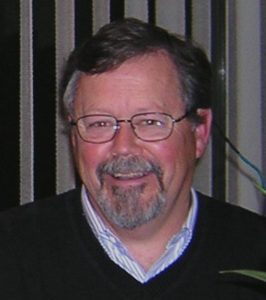 Michael Machette is a practicing earthquake geologist and the owner of Paleo Seis Surveys LLC, a geologic consulting firm that deals with geologic hazards at critical facilities such as nuclear power plants, dams, and pipelines.  His projects have included a Trans-Turkey gas pipeline, hazard analyses of nuclear power plants in Arizona, Brazil, Idaho, and Utah.  He earned a B.Sc. in Geology from San Jose State University in 1972 and his M.Sc. in Quaternary Geology from the University of Colorado in 1975.

For most of his career he was a geologic mapper and research geologist with the U.S. Geological Survey (1972-2008) in Denver, CO. He was the former chief of the their Quaternary fault and fold database for the USA, as well as Chairman of the World Map of Active Faults for the Western Hemisphere.  Over his 36 year career, he worked mainly in the InterMountain West, as well as a dozen countries internationally. He has authored about 150 scientific papers and maps, and given an equal number of oral presentations. His last USGS project dealt with the Quaternary history of the San Luis Basin, and particularly ancient Lake Alamosa.

After retiring to Port Townsend in 2008 he built an earthquake-resistant house in Kala Point, and served as Treasurer and Secretary over a six-year term as Board member of the Jefferson Land Trust, as well as ringleader of their Geology Group, which is now known as the Quimper Geological Society.  After the press caught on to the Cascadia subduction zone M9 earthquake and associated tsunami (2015), he organized a workshop on the subject and the following years give about 20 lectures to local community groups on the Quimper Peninsula.  The workshop and lectures were attended by a total of about 1,500 persons, which helped broaden the message of Earthquake Preparedness in Jefferson County. Michael continues to be a ringleader for the Quimper Geological Society. (Updated Feb. 2022)