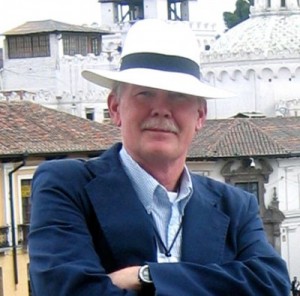 After completing his Ph.D. at the University of California in Santa Barbara in 1972, Grant Heiken (heiken@whidbey.com) worked for NASA’s Apollo Program as a geology instructor and as a researcher on lunar surface processes. In 1975, he and his wife moved to the Los Alamos Scientific Laboratory in New Mexico, where he worked on geothermal exploration and development, volcanic hazard analysis, the uses of volcanic rocks, basic research on explosive volcanism, continental scientific drilling, and integrated urban science. He has co-written or edited 11 books. He retired in 2003 and moved to Freeland on Whidbey Island, Washington, with his wife Jody, who is a scientific editor. Grant volunteers for several service organizations, is on the board of the Whidbey-Camano Land Trust and is on the Island County water-resources advisory committee.