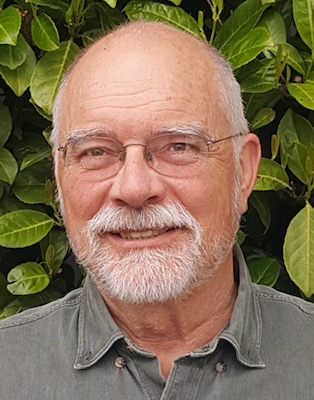 Ralph is a research geologist for the U.S. Geological Survey and an Affiliate Assistant Professor in the Dept. Earth & Space Sciences, University of Washington. He grew up in Seattle and product of local education, first getting his B.Sc. & M.Sc. in Geology at Western Washington University (Bellingham) and then his Ph.D. in Geological Sciences in 1985 from the University of Washington in Seattle. He was a post-Doc with the USGS in Reston, VA from 1985-87, then was hired by Branch of Western Regional Geology and moved to Menlo Park in 1988. He escaped CA in 1990 by being transferred back to Seattle and the homeland.

His work has involved geologic mapping in the North Cascades (1978-1997), Salish Lowland (1996-present), and central Washington (2014-present). Got interested in digital topography in the early 1990s and as a result of his technical skills became the lead scientist for the Puget Sound LiDAR Consortium (1999-2017). However, he considers himself a structural geologist—He watches the Earth move. Ralph spoke about “Understanding Lidar and some interesting applications in 2017.  He currently lives in Ellensburg, WA but works remotely with the U.S. Geological Survey.  (Updated Oct. 2021)