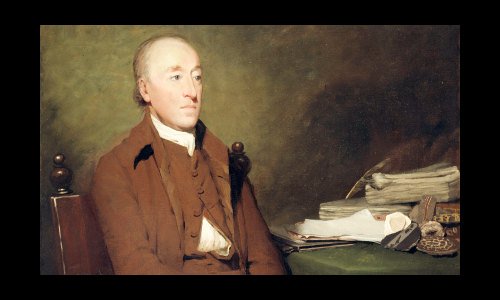 Tom Williams will examine the incredible legacy of James Hutton—the Founder of Modern Geology as part of the Jefferson Land Trust’s Geology Lecture Series in November.

James Hutton was one of a truly remarkable group of intellectuals including philosopher and historian David Hume, economist Adam Smith, chemist Joseph Black, and poet Robert Burns who, during the second half of the eighteenth-century, collectively participated in what is known as the “Scottish Enlightenment.” Can you imagine the excitement of joining them to deliberate and unwind at the Oyster Club in Edinburgh. Collectively, they provided the foundations for the modern study of philosophy, economics, and the physical sciences and made Edinburgh the focus of exploring radical new ways of understanding our world.

None made a more original contribution than Hutton to our understanding of the Earth. Until this time, it was assumed that the Earth was only about 6,000 years old. Archbishop James Ussher wrote in 1658 that the Earth had been created on October 22, 4004 B.C. This date was included in the English Bible and was accepted as part of Scripture itself. Hutton provided unequivocal evidence that the Earth was far older than generally believed and in doing so laid the foundations of geological science.

Amongst Hutton’s numerous contributions were:

For the past five years, Tom has co-lead geology field trips exploring the landscapes and geology of Scotland. These trips follow in the footsteps of Hutton and other pioneering Scottish geologists and visit localities such as Salisbury Crags, Siccar Point, Isle of Arran, and the Moine thrust, where significant geologic discoveries were made. Thomas Williams is a retired Engineering Geologist with the California North Coast Regional Water Board in Santa Rosa. He has taught earth sciences at eight San Francisco Bay Area colleges and, for the past 13 years, has been a geology lecturer at Sonoma State University about one hour north of San Francisco. Since establishing his travel adventure business, Williams GeoAdventures in 1997, Tom has led 34 geology field trips to the Western U.S. and to Scotland, Italy, Iceland, and New Zealand.