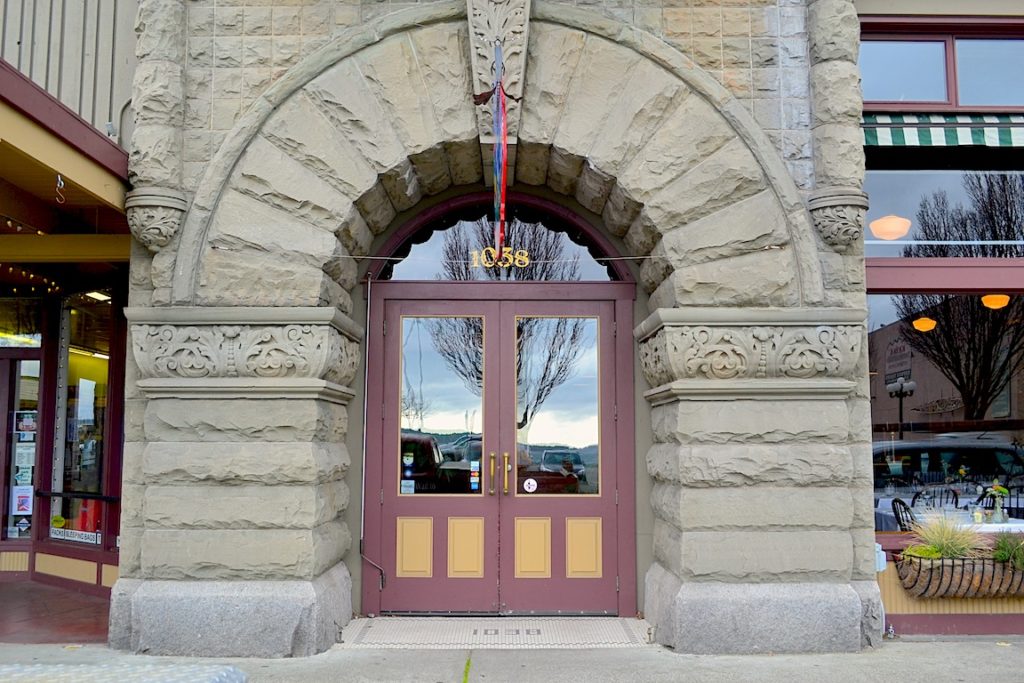 David Williams of Seattle will present a lecture on “Stories in Stone: Travels Through Urban Geology” This lecture is part of the Jefferson Land Trust’s geology program and is co-sponsored by the Humanities Washington Speakers Bureau program. Most people do not think of looking for geology from the sidewalks of a major city, but for the intrepid traveler, any good rock can tell a fascinating story.  All one has to do is look at building stone in any downtown business district to find a range of rocks equal to any assembled by plate tectonics.  Furthermore, building stones provide the foundation for constructing stories about cultural as well as natural history.

Take Seattle as an example. At the wonderful Art Deco Seattle Exchange building, you can find 3.54-billion-year-old gneiss, the oldest rock that most of us will ever see. Just up the block is the Rainier Club and its 330-million-year-old stone menagerie of fossils called the Salem Limestone, the most commonly used building stone in America. Or consider the Rainier Bank Building, partially covered in travertine, which comes from the same quarries that provided rock for the Colosseum in Rome.  David conducts field trips through downtown Seattle in association with his new book. David B. Williams is a freelance writer focused on the intersection of people and the natural world. His books include Stories in Stone: Travels Through Urban Geology; The Seattle Street-Smart Naturalist: Field Notes from the City; and his latest, Cairns: Messengers in Stone. Stories in Stone, the subject of today’s talk, was named a finalist for the 2010 Washington State Book Award in the general non-fiction category. David also works at the Burke Museum and is a former National Parks ranger in Utah and Massachusetts. He maintains the blog GeologyWriter.com from his home base in Seattle.